Catherine consults regularly for local non-profit agencies, churches and international consulates in presenting immigration-related information to the community. She demonstrates her commitment to the community through publications and involvement in pro bono efforts and legal clinics.

She has successfully represented clients from all over the world before the Colorado Supreme Court, U.S. Citizenship and Immigration Services, the Executive Office for Immigration Review, the Board of Immigration Appeals, the U.S. District Court, and various international consulates.

Catherine litigates difficult cases for her clients in the context of asylum, deportation defense and naturalization. In her civil cases, she negotiates large settlements for clients in employment law matters and in sub-contractor cases against general contractors.

Josh was born in Washington, D.C., and grew up in the surrounding suburbs. He earned a Bachelor of Arts, with a major in Philosophy and a minor in Spanish, from the University of Virginia in 2003. After graduating, Josh spent three years living in the Dominican Republic as a Peace Corps volunteer, where his primary projects were working with rice-growing cooperatives and building composting latrines. 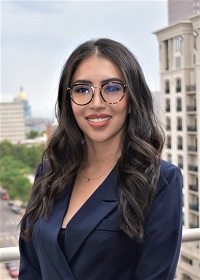 Ariana was both in Mexico City, Mexico where she spent most of her childhood. She earned a Bachelor of Arts, with a major in Political Science and minors in Spanish and Biology from the Metropolitan State University of Denver in 2011. After graduation, she spent time working in both the public and private sectors. Including working for the Colorado State Public Defender’s Appellate division.

Ariana attended law school at the University of Denver Sturm College of Law. While in law school, she focused on public interest law including criminal law, immigration, and civil litigation. She interned for Justice Monica Marquez at the Colorado Supreme Court and the Equal Employment Opportunity Commission’s legal department. She participated in both Deferred Action for Childhood Arrivals (DACA) and citizenship clinics and volunteered as a translator at legal nights at Mi Casa and Centro San Juan Diego. She was also the president of the Latino Law Student Association.

Sandra Geiger joined the Chan Law Firm in January 2015 as a Paralegal. Sandra was born and raised in Mexico. She knows and understands from her own personal experience what the immigration process is like. It was a journey that she describes as absolutely worth it when finally being able to be with your significant other. Sandra’s passion to help and serve the community, the families that want to reunite with their love ones, men and women that want a better future for their families; for this and much more Sandra does not call this her job but her chance to put her heart on what she loves most doing. 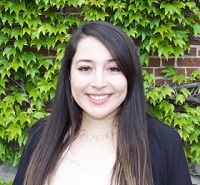 Her passion for immigration came from her family’s personal challenges within the immigration system. She vividly remembers the long, systemic hurdles of filling out immigration paperwork: particularly the language barriers, economic challenges, and sheer lack of understanding the process.

She hopes to one day become an immigration attorney and help families like hers be able to understand and obtain immigration relief. She keeps the stories shared with her close to her heart, and fully believes it is these stories that are her drive and fuel to continue to advocate.

Adriana spends her free time studying for the LSAT, spending time with her family and boyfriend, and cooking. 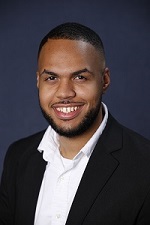 Darwin graduated from the College of the Holy Cross in Worcester, Massachusetts in May 2021 as a first-generation student with a degree in International Studies and minor in Chinese. His family is originally from the Dominican Republic and immigrated to the Bronx, NY.

His desire to work with immigration came from his drive to push better policies for the future of immigration law in the US. He has seen his own family struggle to obtain documentation so that they can all live together.

Darwin spends his free time exploring Denver, going on fun adventures in the mountains and in the city. He is looking forward to learning about what Colorado and the West Coast has to offer.

Carolina Covo is an Accounting Manager at the Chan Law Firm.

Carolina was born in Cartagena, Colombia, South America. She has lived in the United States for over 17 years. Carolina joined Chan Law Firm on January 4th 2016, as a paralegal. Her attention to detail and own personal experience with immigration, Carolina, strives to serve clients needs towards obtaining their personal goals in this country. She is a Business Administration major with emphasis in Finance, fluent in both English and Spanish. Her experience working in a multicultural environment from previous positions and the upbringing in a hardworking family in Colombia shaped her professional culture where Respect, Integrity and Stewardship are key fundamentals.

Maria Flores is an Executive Administrative Assistant at the Chan Law Firm.

Maria Flores came to the Chan Law Firm in June 2014. Maria is a native Spanish speaker and she is also fluent in English. Maria is originally from Mexico. Maria immigrated to the United States as a child and she is a naturalized United States citizen. From personal experience she encountered the many adversities immigrants face in this country, which inspired her to work within the legal immigration realm to help her community. She loves to spend quality time with her family. She grew up in New Mexico. She has more than eleven years of experience as a secretary. She enjoys helping others, takes pride in her work and being a part of the team here at Chan Law Firm.

Marcelina truly believes that living in this country we have the potential and opportunity of helping others reach their dreams. Being a child of immigrant parents she has been able to see both sides of how a person can influence the outcome of an immigrant’s life. Marcelina is thankful for those experiences good and bad because this led to her decision of going to school and getting a certification that has now allowed her to work with a great group of people that think alike and want to help others.